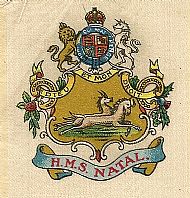 In memory of the 421 sailors, civilians and children who died on 30th December 1915, when HMS Natal blew up and sank at anchor in the Cromarty Firth. 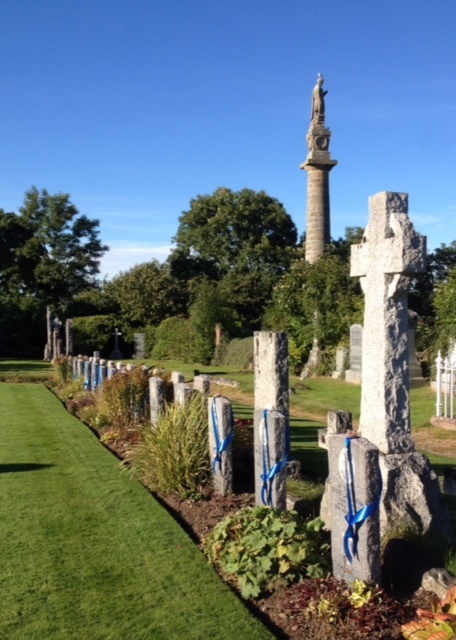 Cromarty held a commemoration day on 30th September 2015, the 110th anniversary of the launch of H.M.S. Natal. Each of the fifteen H.M.S. Natal graves in the Commonwealth War Graves Commission's section of the Cromarty Cemetery were marked with a blue ribbon.  Pupils from Cromarty Primary School placed a single red rose at each grave.

During the afternoon of the 30th December 1915, HMS Natal, under the command of Captain Eric Back, blew up at anchor with a great loss of life.

421 crew and civilian visitors died in the explosion, including women and children.  400 of the crew survived.

HMS Natal was a ‘Warrior Class’ cruiser of 13550 tons.  She was launched in 1905 and had an interesting history before the First World War.  In 1914 she joined the Second Cruiser Squadron, which by 1915 was based in the Cromarty Firth, in the north of Scotland.

It has been over 100 years since the disaster and many Admiralty documents are now available for public view.  From these, it is hoped that the true story can be told.

This site is dedicated to those who perished in the disaster, by giving a true and accurate account of the history of HMS Natal and the disaster that befell it.

HMS Natal in the early years. Postcard in the Author's Collection. 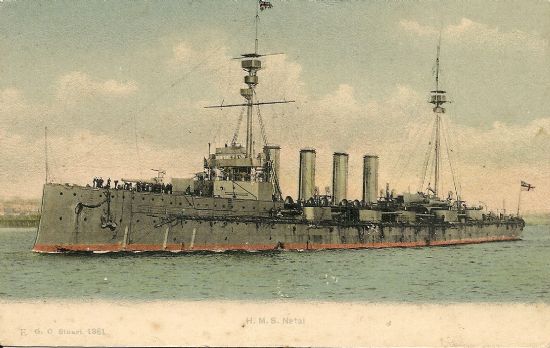