In the years preceding World War 1 radio communication between ships was rudimentary and radio equipment was not fitted to every ship.  It was recognised that it was essential to develop visual systems that would aid the quick identification of similar looking ships in the heat of battle.

So a system of funnel stripes was devised.

In one of the articles for the 1911 Spithead Naval Review, The Times newspaper published a handy guide to the identification of the newest cruisers.  In this, an explanation of the funnel rings was given.  This is explained below with some modification.

HMS Duke of Edinburgh – one stripe on each funnel

HMS Black Prince – one stripe on the foremost and after funnels

HMS Cochrane – one stripe on the second and third funnels

HMS Natal – two stripes on the foremost and after funnels

HMS Warrior – two stripes on the second and third funnels

These funnel stripes are useful today in helping to identify ships on old postcards. 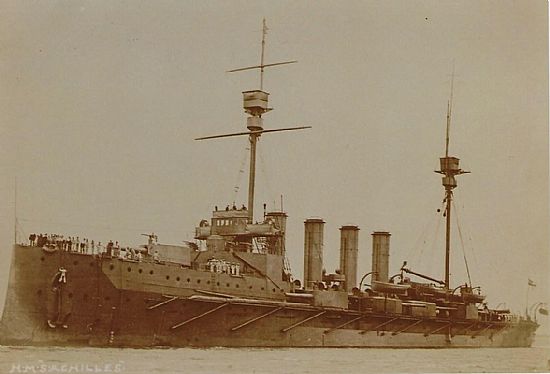 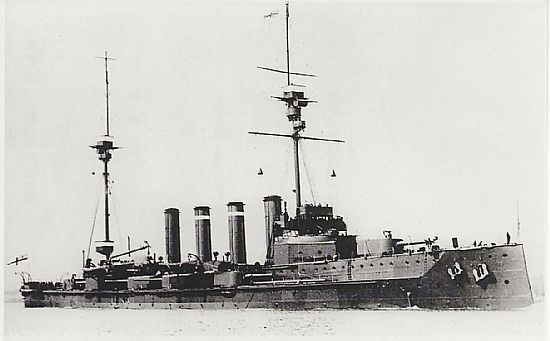 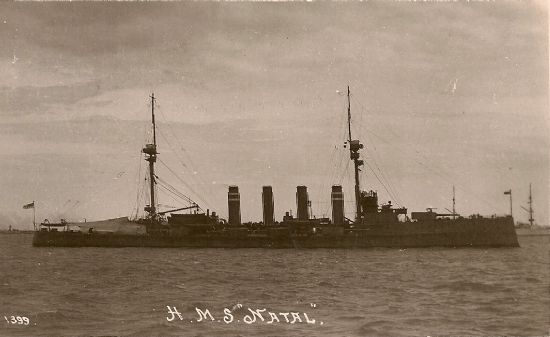 HMS Natal - two rings on each of the outside two funnels. Author's Collection 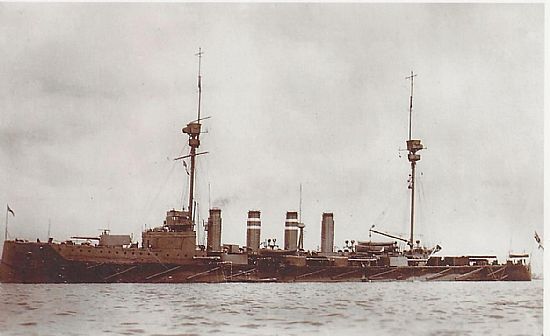 HMS Warrior- two funnel rings on each of the inside two funnels. Author's Collection